Back in around 2013 we filmed a load of footage of White Noise Festival, with the intention of making a short film about the beloved local music event. Obviously we forgot to ever actually make it.

Earlier this year we found the hours and hours of footage on a hard drive in the bottom of a drawer and thought we should do something with it. So here’s a short film cut from that footage.

We hope it’s the nostalgia bomb for you that it was for us. 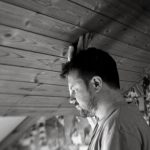 For the Benefit of AllNews 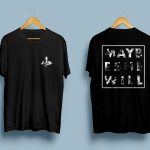