This year’s festival takes place on Sunday 5th May across ten stages in O2 Academy Leicester, Attenborough Arts Centre, The Cookie, Dryden Street Social, Firebug, The Shed, The Soundhouse and The Y Theatre.

Tickets are on sale now from Handmadefestival.co.uk

Handmade Festival was begun in 2013 as a multi-venue metropolitan music festival taking place in Leicester’s independent music venues and other unusual spaces. In 2015 it grew to fill University of Leicester and O2 Academy Leicester, becoming a multi-stage festival under one roof. In 2019 it will become a city wide event filling both the city’s independent music venues and O2 Academy Leicester. Over the years it has been nominated for multiple festival awards and been headlined by Frightened Rabbit, Twin Atlantic, Circa Waves, Idles, Drenge, Twin Atlantic, Slaves, We Are Scientists and Deaf Havana, amongst others.

The festival is curated by Leicester’s independent venues and promoters: The Cookie, Firebug and The Robot Needs Home Collective. It remains steadfastly independent and is commited to promoting the city it calls home and regional artists alongside national and international talent. 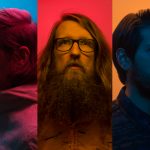 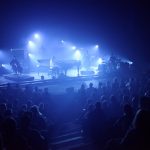