Over 20 Leicester venues, promoters and performers have joined together to for a unique online performance on Friday 2nd April (Good Friday) 2021.

The performance will help raise money for the organisations involved in the live entertainment scene in the city and affected by the Covid 19 pandemic.

Organised by Big Difference Company and The Robot Needs Home Collective, the streamed performance will feature Leicester based artists performing in venues across the City and all the money raised will go towards those taking part.

Tickets are on sale from 10am on Monday 15th March, priced from just £1 + booking fee, from http://www.comedy-festival.co.uk

As a loose collective, the members jointly organise over 1250 performances each year, employ over 269 people and entertain over 1/4million people a year. Since the end of March 2020, the vast majority of venues and live entertainment in the city has been closed because of lockdown. The Leicester organisations have been affected the most across the UK due to Leicester having the longest lockdown compared with other cities. All the ticket income raised by the performance will be split between those taking part. 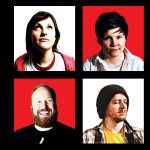 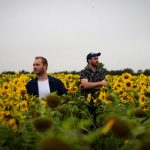