Superego is the musical venture of songwriter and multi instrumentalist Cam Potts. The band honed their live skills while touring with Black Honey, as well as supporting acts such as The Big Moon, Pale Waves, Boy Azooga and Dead!.
They have released works produced by Bill Ryder-Jones, including the single, ‘Loose’, which was premiered on Huw Stephens’ BBC Intro show and the bands debut release, ‘Sleep’, also received critical acclaim from a number of well-regarded publications including DIY, Clash and Soundsphere Magazine to name but a few.

This performance was recorded in Leicester’s beautiful Guildhall, and will stream at 7pm on Friday 9th April, with Superego in the stream’s chat answering questions and giving insights in to the songs and the recording. It will then be available to watch on demand. 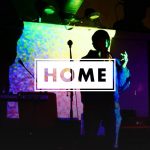