Tellison is a four-piece waking-nightmare of a band from London, UK. Formed in 2005 out of a shared love of buffet restaurants, pizza and unsuccessful indie rock bands of the late 90s and early 00s Tellison have released three albums (2007’s “Contact! Contact!”, 2011’s “The Wages of Fear” and 2015’s “Hope Fading Nightly”) and a clutch of sold-out singles. They write imperfect songs about hope, loss, love and literature. Lead single “Say Silence” from 2011’s sophomore album “The Wages of Fear” somehow managed to reference Shakespeare, Jacques Lacan, Bill Murray, Wes Anderson, John Donne and Tarantino in the same breath – not a huge number of people noticed. Undaunted, with the release of “Hope Fading Nightly”, album number three, on September 18th 2015 through Alcopop Records, the band dusted off their guitars and referencing conventions and stepped up to take another swing at, if not the big time, at least the medium time.

JANUARY SALE - Many items reduced to clear throughout January. Find them here. 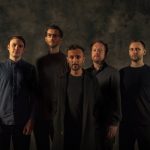 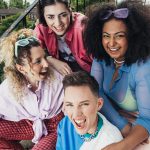